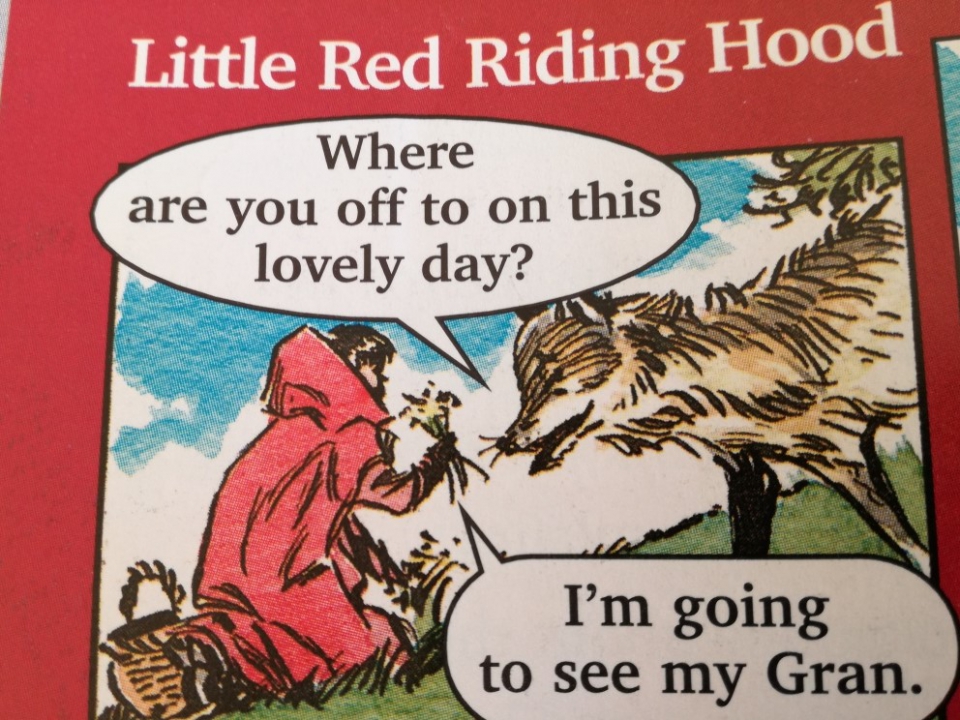 1. Read through the play script of Red Riding Hood with a group of people and act it out. Have fun.

2. Look through the play script information with another person. Discuss what features are in a play. e.g. a narrator, stage directions in brackets, dialogue with no speech marks, characters, speakers name on the left, cast list, scenes. Find these features in the play, 'Red Riding Hood.'

Look at 'Analysing the text file' to help you think about these features.

Analysing the features of a play script

Complete the sheet at converting the story into a play script.

View the calendar in full